Looking to get into Texas sport shooting? Here’s what you need to know! From gun laws to safety tips, we’ve got you covered. 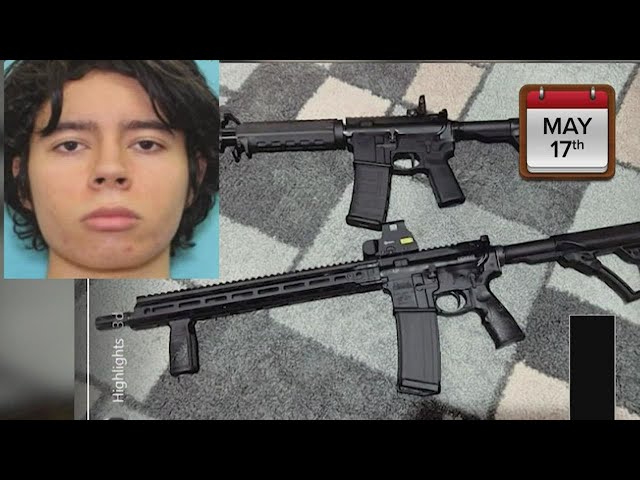 Texas is a state where gun culture is strong and shooting sports are popular. If you’re thinking of taking up shooting as a hobby, there are a few things you should know.

There are many different types of shooting sports, from rifle and pistol marksmanship to clay pigeon and trap shooting. You can compete in shooting sports at the local, state, or national level.

To get started, you’ll need to join a club or team and find a range where you can practice. You’ll also need to purchase or rent the appropriate equipment.

Most importantly, always observe safety rules and regulations to ensure that everyone remains safe while enjoying the sport.

History of Sport Shooting in Texas

The practice of sport shooting in Texas dates back to the early days of the republic, when settlers would hold competitions to see who could shoot the most game. In the 1800s, competitive shooting became more organized, with clubs and leagues forming to promote the sport.

Today, sport shooting is enjoyed by people of all ages and skill levels, from those who participate in casual competitions to those who compete at the highest levels of international competition. Whether you’re a experienced shooter or someone who’s just getting started, there’s a place for you in the world of Texas sport shooting.

Target shooting is a sport in which participants shoot at targets with firearms. Target shooting can be performed with handguns, rifles, shotguns, or black-powder guns. It can be done in a backyard, at a gun range, or in the field. There are many different types of target shooting games and competitions, such as bull’s-eye, plinking, silhouette, precision pistol, action pistol, long-range rifle, big-bore rifle, small-bore rifle, and clay pigeon.

Target shooting is often used for hunting practice or simply for recreation. Many people enjoy target shooting because it offers a challenge and requires concentration and focus. It also allows shooters to compete against each other in friendly competition.

In order to participate in target shooting, shooters must have a firearm that is appropriate for the game or competition they wish to enter. They must also have the necessary safety gear, such as ear and eye protection. Shooters must also follow all safety rules and regulations to ensure that everyone remains safe while participating in the sport.

Skeet shooting is a sport in which participants attempt to shoot clay pigeons or targets with a shotgun. The targets are typically released from elevated traps at set locations around the perimeter of the shooting field. Skeet shooting can be enjoyed by people of all ages and skill levels, and is a popular competitive sport in many countries around the world.

There are numerous variations of skeet shooting, but the most common form is Olympic Skeet, which was developed in 1920 and has been an official Olympic sport since 1968. In Olympic Skeet, there are eight firing positions arranged in a semi-circle around two traps located at opposite ends of the field. The targets are released from each trap in turn, and shooters must attempt to hit them before they pass out of range.

While skeet shooting is primarily a competitive sport, it can also be enjoyed simply as a recreational activity. Many people enjoy going to skeet shooting ranges to practice their skills or to take part in informal competitions with friends or family members.

In trap shooting, also known as bunker trap, clay pigeons are launched from a single “house” or machine in front of the shooter. The machine flings the targets high into the air, and they generally travel away from the shooter. Shooters take turns standing at five stations arranged in a semicircle behind the trap house, and they shoot at targets coming from random directions. Because it takes a skilled eye and hand to regularly hit a target traveling away from you at high speed, trap is considered one of the more challenging disciplines.

What You Need to Know

If you’re new to Texas sport shooting, or thinking about getting into the sport, there are a few things you should know. Here are the basics of what you need to get started.

In Texas, anyone can buy a gun. There is no waiting period, no licensing required and nobackground check needed for private sales. For many people, this is great news. They can simply walk into a store, hand over some cash and walk out with a firearm.

But for others, the ease with which guns can be obtained is a cause for concern. With more than eight million guns in circulation in Texas, the potential for gun violence is very real.

That’s why it’s so important to practice gun safety at all times. Here are some basic guidelines to help you stay safe:

– always keep your gun pointed in a safe direction, even when you’re not using it
– never point your gun at anything you don’t want to shoot
– keep your finger off the trigger until you’re ready to shoot
– always be sure of your target and what’s beyond it
– never shoot at a hard surface or water – the bullet can bounce back and hit you or someone else
– never put your finger on the trigger while you’re loading or unloading your gun

There are many types of guns available on the market, from small pistols to large rifles. The type of gun you choose will depend on your needs and preferences.

Pistols are the most popular type of gun, and are available in a variety of sizes, calibers, and designs. revolvers are a type of pistol that have a cylinder that revolves, typically holding six rounds of ammunition. Semi-automatic pistols have a magazine that holds several rounds of ammunition and allows for quick reloading.

Shotguns are also popular guns, and come in both pump-action and semi-automatic designs. Pump-action shotguns have a lever that is used to pump the gun and cock it, while semi-automatic shotguns have a magazine that allows for quick reloading. Shotguns typically fire shells that contain multiple pellets, making them effective for hunting or self-defense.

Ammunition is the most important part of sport shooting. It is the propulsion system that launches the projectile downrange. The type of ammunition you use depends on the firearm you will be shooting. The three main types of ammunition are rimfire, centerfire, and shotshell.

Rimfire ammunition is less powerful than centerfire ammunition and is typically used in small caliber firearms such as .22 caliber rifles and pistols. The primer is located on the inside of the case rim and is ignited by the firing pin striking the rim. Rimfire cartridges are not reloadable.

In order to ensure you have a fun and safe shooting experience, it is important to be properly equipped with the right accessories. This includes ear and eye protection, a shooting target, and a firearm that is suited to your individual needs.

Ear protection is necessary to protect your hearing from the loud noise of gunfire. Earplugs or earmuffs offer different levels of protection and can be worn together for maximum benefit. Eye protection is also important to keep debris and hot spent brass from causing injury.

A shooting target will help you practice your aim and can be used for both indoor and outdoor shooting. There are many different types of targets available, so choose one that is appropriate for the type of firearm you will be using.

The most important accessory you will need is a firearm that is suited to your individual needs. If you are new to shooting, it is best to consult with a professional before making a purchase. They can help you choose a firearm that is the right size, weight, and caliber for your specific needs.

In conclusion, sport shooting is a great way to practice your shooting skills and have fun at the same time. Whether you are a beginner or a seasoned pro, there is a sport shooting event for you. Just be sure to follow all safety rules and regulations.