Texas boasts a wide variety of fish, making it a great place to try your hand at sport fishing. Here are some of the best fish to catch in Texas. 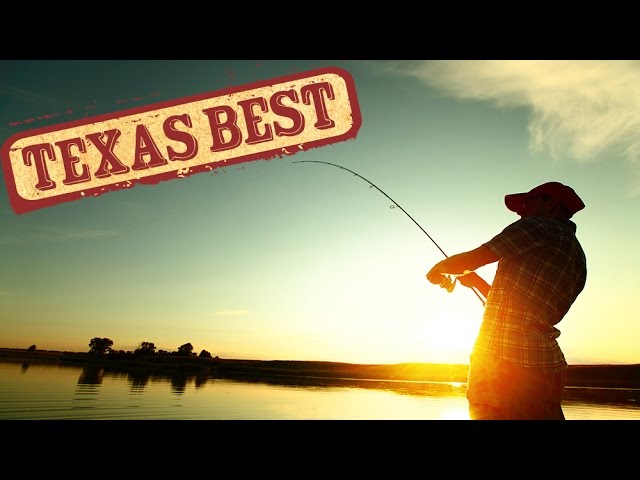 The Best Sport Fish to Catch in Texas

Texas is home to a variety of freshwater and saltwater fish species. Fishing is a popular pastime in the state, and there are many opportunities to catch a trophy fish. The following list includes some of the best sport fish to catch in Texas.

Bass are the most popular freshwater game fish in America. More than 12 million anglers pursue bass nationwide, spending more than $16 billion dollars annually. The majority of bass fishermen (78%) first learned to fish for bass when they were between the ages of 6 and 15 years old. According to a 2006 study conducted by the Fish and Wildlife Service, almost half of all bass anglers consider themselves tournament fishermen.

Bass have been classified into two distinct groups, the largemouth and smallmouth. Both groups are members of the sunfish family (Centrarchidae), which is made up of freshwater fish that have spiny fins and range in size from 3-4 inches to 10 pounds or more. There are more than 100 species of sunfish in North America, but only 12 are considered true bass. Largemouth and smallmouth bass are the most popular sport fish in Texas and together make up more than 90% of all black Bass caught each year by Texas anglers.

Catfish are a popular sport fish in Texas. There are many different types of catfish, including channel catfish, blue catfish, and flathead catfish. All of these fish can be caught in Texas waters.

Channel catfish are the most common type of catfish in Texas. They can be found in all types of water, from lakes to rivers. Channel catfish typically weigh between one and four pounds.

Blue catfish are the largest type of catfish found in Texas. They can grow to be over 100 pounds! Blue catfish live in deep waters, such as lakes and rivers.

Crappie are a popular choice for sport fishing in Texas. They are found in most of the state’s lakes and rivers, and can be caught year-round. The best time to catch them is usually in the spring, when they are spawning.

If you’re planning on catching crappie in Texas, you’ll need to use live bait such as minnows or worms. Crappie are not particularly interested in artificial lures. The best way to fish for them is by using a small baitcasting reel and light line, so that you can detect their subtle bites.

Rainbow Trout are beautiful fish that can range in color from bright pink to golden brown. They are found in rivers and streams all over Texas and are a very popular target for fly fisherman.

Brown Trout are also found in rivers and streams all over Texas. They get their name from their dark brown coloration and can grow to be quite large, making them a favorite among anglers.

The Best Sport Fish to Catch in Texas

Sport fishing in Texas is a great way to enjoy the outdoors and spend time with family and friends. There are many different types of fish that can be caught in Texas, but some are more popular than others. In this article, we will discuss the best sport fish to catch in Texas.

Black bass are the most sought-after freshwater fish in Texas. Six species inhabit the state: largemouth, Guadalupe, smallmouth, spotted, redeye and shoal. The Texas record for largemouth bass was set in 1992 and remains unbroken at 18.18 pounds. The current state Guadalupe record is 14.65 pounds, set in 1988. Smallmouthbass were introduced to Texas waters in the late 1800s, and the state record of 9.40 pounds was set in 1968 from Lake Buchanan. The spotted bass is also popular with anglers and has a current record of 8.27 pounds, caught from Grapevine Lake in 1983. Redeye and shoal bass are often found together in East Texas rivers and have similar records of 2.86 pounds (redeye, Sabine River) and 2.80 pounds (shoal, Brazos River).

There are a variety of catfish that can be caught in Texas, including channel catfish, blue catfish, and flathead catfish. All of these fish are good to eat, and they can be caught in many different parts of the state.

If you’re fishing for catfish, the best bait to use is live bait such as worms or minnows. Catfish are bottom-feeders, so they are often found near the bottom of lakes and rivers. Some good spots to try include under logs or near brushpiles.

Crappie are a very popular freshwater sport fish in Texas. They are known for their mild taste and flaky texture, and can be grilled, fried, or baked.

Crappie are found in most Texas lakes, but tend to be most abundant in East Texas. The best time to catch them is in the spring when they are spawning.

To catch crappie, use small jigs or live minnows as bait and fish near structure such as submerged brush piles or trees. Crappie will bite at just about any type of bait, so try different things until you find what works best.

Remember to check the creel limit for crappie before you head out fishing – each lake has different limits and you don’t want to exceed them.

Trout are considered one of the best fish to catch in Texas. There are several different types of trout, but the most common in Texas is the rainbow trout. Rainbow trout are mostly found in streams and lakes in the western and northern part of the state. The best time to catch rainbow trout is from late fall to early spring.

To catch rainbow trout, you will need a spinning rod, a reel, and 6-8lb fishing line. You will also need some lures or live bait, such as worms, minnows, or small lures. When fishing for trout, it is important to use light tackle so that the fish does not feel too much resistance when biting. Trout are notoriously finicky eaters, so it often takes some trial and error to find out what they are biting on that day.

Another type of trout that is popular in Texas is the brown trout. Brown trout are mostly found in rivers and lakes in the central and eastern part of the state. The best time to catch brown trout is from late fall to early spring.

To catch brown trout, you will need a spinning rod, a reel, and 8-10lb fishing line. You will also need some lures or live bait, such as worms, minnows, or small lures. When fishing for brown trout, it is important to use heavier tackle so that the fish does not feel too much resistance when biting. Brown trout are less finicky than rainbow trout when it comes to bait, but they can be more difficult to hook due to their larger mouth size.