If you’re looking to catch a saltwater fish in Texas, there are plenty of options to choose from. In this blog post, we’ll highlight some of the most popular saltwater sport fish species in the state. 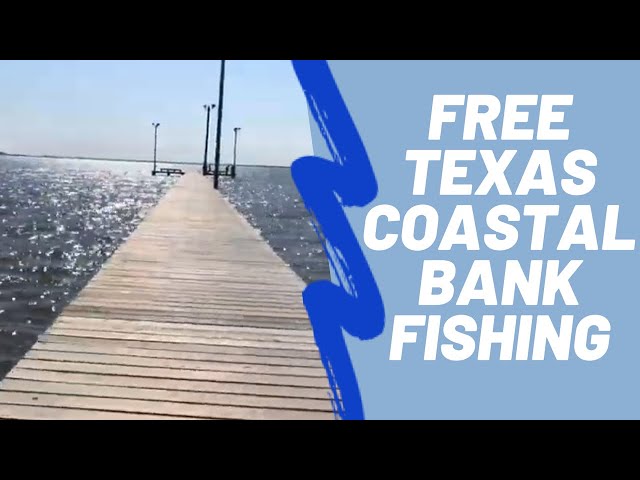 Texas is home to more than 200 species of saltwater fish, many of which are popular among anglers. The vast majority of these fish are found in the Gulf of Mexico, with a smaller number inhabiting the bays and estuaries along the Texas coast.

Saltwater fish can be divided into several categories, based on their habitat, diet, and life history. The most common categories are pelagic (open ocean), demersal (bottom-dwelling), and reef-associated.

Pelagic fish are typically found in the open ocean, far from shore. These fish are often fast-swimming predators that feed on other fish and invertebrates. Examples of pelagic fish found in Texas waters include tunas, billfishes, dolphinfishes, and wahoo.

Demersal fish are those that live near the bottom of the ocean or in estuarine habitats. These fish often feed on bottom-dwelling invertebrates such as crabs and shrimp. Common demersal species found in Texas waters include flounders, groupers, snappers, and amberjacks.

Reef-associated fish are those that live around coral reefs or other structures in shallow water. These fish often feed on small invertebrates that live among the reef’s nooks and crannies. Common reef-associated species found in Texas waters include grunts, squirrelfishes, triggerfishes, and wrasses.

Red Drum, also known as Redfish, channel bass, puppy drum, or simply reds, are popular game fish found in the shallow coastal waters of the Gulf of Mexico and the southeastern United States. These fish get their name from their reddish-bronze coloration. One of the most notable features on a red drum is the large black dot present on either side of the tail. These spots are actually crescent-shaped and can be used to distinguish this fish from other species. Adult red drum typically range in size from 18 to 27 inches and can weigh up to 30 pounds, although fish over 40 inches long and weighing 50 pounds or more are not uncommon. The current all-tackle world record for a red drum is a 94 pound 8 ounce fish caught off North Carolina in 1984.

The spotted seatrout, Cynoscion nebulosus, is a common estuarine fish found in the southern United States along the Gulf of Mexico and in the northern Gulf of Mexico. In Texas, it is most abundant in Marine waters and bays along the central and upper coast. Spotted seatrout are opportunistic feeders and will consume a variety of prey items including shrimp, crabs, and small fish.

Flounder are a popular sport fish found in the bays and estuaries of Texas. There are three main species of flounder found in Texas waters, including the Gulf flounder, southern flounder and largemouth flounder.

Gulf flounder are the most common type of flounder found in Texas, and can be found in bays and coastal waters year-round. They are typically brown or olive-colored on their top side, with a light underside. Gulf flounder can grow to be about 24 inches long and weigh up to 5 pounds.

Southern flounder are also common in Texas waters, and can be found in bays and coastal waters year-round. They are typically dark brown or grey on their top side, with a light underside. Southern flounder can grow to be about 24 inches long and weigh up to 5 pounds.

Largemouth flounder are the least common type of flounder found in Texas, and can only be found in coastal waters during the winter months. They are typically light brown or tan on their top side, with a dark underside. Largemouth flounder can grow to be about 36 inches long and weigh up to 10 pounds.

Sheepshead are found in nearshore and offshore waters over hard substrates. They commonly occur around jetties, pier pilings, reefs, and shipwrecks. A member of the drum family (Sciaenidae), sheepshead have an unusual configuration of canine teeth in the front of their mouths that they use to crack open hard-shelled prey.

While they are considered excellent table fare, sheepshead can be difficult to clean because of their many small, sharp bones. They are sometimes called “convict fish” because of the black and white stripes on their heads and bodies that resemble a convict’s uniform.

Black drum are most common in waters ranging from brackish to full strength saltwater, but they can also be found in brackish rivers and bayous well inland. Adult black drum typically weigh between 5 and 50 pounds, but fish over 100 pounds have been caught. The Texas state record black drum weighed 113 pounds and was caught near Port Aransas in 2003. Black drum have small eyes set low on their head, long barbels on the lower jaw, and a deeply forked tail. The upper body is dark gray or black, fading to white on the belly. Young black drum have 4-6 vertical bars along their side. Black drum can live up to 61 years.

While tarpon are found in tropical and subtropical waters around the world, they are most commonly associated with the Gulf of Mexico and Florida. In Texas, tarpon are found along the coast from Brownsville to Galveston Bay, although they are most common in southwestern coastal waters. Tarpon are powerful swimmers and can often be seen leaping out of the water if disturbed. They are highly prized by anglers for their challenges when hooked, as well as for their edible fillets.

Cobia is a torpedo-shaped, migratory fish found in nearshore waters, bays and estuaries along the coast of Texas. Cobia is dark brown, tan or gold on the back, fading to white on the belly. The sides are marked with irregular dark spots. Three longitudinal ridges run along the fish’s sides. The first two ridges are separated by a deep furrow. Cobia have a long head with a protruding lower jaw. The mouth is filled with sharp teeth. The anal and dorsal fins are similar in shape and size, and both have rounded tips. The pectoral fins are long and pointed.

Cobia prefer nearshore waters with sandy bottoms and plenty of cover such as reefs, wrecks, floating debris, pilings and oyster beds. During the spring and summer months, cobia migrate to deeper offshore waters to spawn. In fall, they return to inshore waters along the coast of Texas.

Cobia are an excellent food fish with firm white flesh that has a mild flavor similar to that of grouper or snapper. Cobia can be caught by anglers using various types of baits, lures and rigs designed for saltwater fishing conditions.

A fairly large fish, king mackerel commonly reach a weight of 60 pounds, but fish over 100 pounds are not uncommon. The all-tackle angling record for a king mackerel is 126 pounds, 12 ounces and was caught off the coast of Fernandina Beach, Florida, in August 1995. Most king mackerel sport fishermen use live bait or cut bait, but lures such as spoons, jigs and strip baits are also effective. The majority of king mackerel taken by recreational fishermen in Texas waters weigh between 10 and 20 pounds.

The Spanish mackerel (Scomberomorus maculatus) is a migratory fish that spends the colder months in deep waters of the Gulf of Mexico and moves into Texas coastal waters during the spring and summer. Spanish mackerel are opportunistic feeders, preying on small fish, squid, and shrimp. They school near the surface and often follow currents created by breaking waves, which makes them a popular target for surf anglers. Spanish mackerel can be found in bays and along beaches throughout Texas and are one of the most sought-after sportfish in the state.

Spanish mackerel have streamlined, torpedo-shaped bodies with blue-green upperparts and silver sides with dark vertical bars. Their belly is white, and they have a long, sharply pointed snout. Adults typically reach lengths of 18-24 inches (0.5-0.6 m), but fish up to 34 inches (0.9 m) have been recorded. Spanish mackerel are members of the jack family (Carangidae) which includes jack crevalle, pompano, yellowtail scad, bluestriped grunt, permit,and African pompano.

There are more than 30 species of sharks that have been documented in Texas waters, though only a handful of these occur with any regularity. The most commonly seen sharks along the Texas coast include the blacktip shark, bull shark, sandbar shark, tiger shark and the hammerhead sharks. These predators range in size from a few feet to more than 20 feet long and can weigh several hundred pounds. While they are an important part of the marine ecosystem, they can be dangerous to humans and should be respected.

In conclusion, there are many different types of fish that can be found in the waters around Texas. Some of these fish are better for eating, while others are better for sport. It is important to know what kind of fish you are looking for before you go out and try to catch them.