The Texas high school sports PED policy is one of the strictest in the country. If you’re a student-athlete in Texas, here’s what you need to know about the policy and how it affects you. 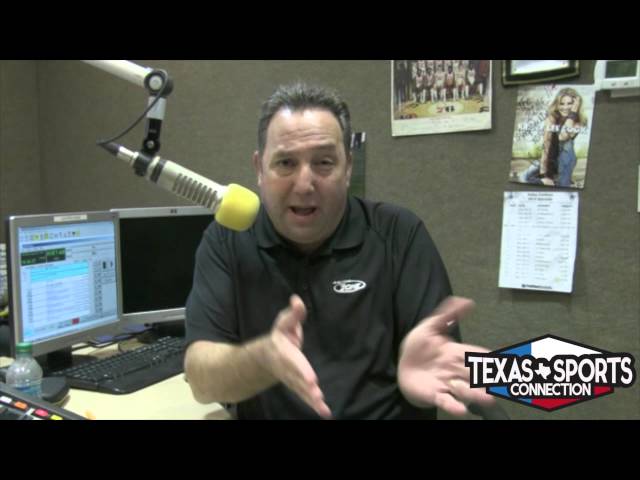 In order to maintain the integrity of Texas high school sports, student-athletes competing in UIL athletic events must not use any drugs classified as “Performance Enhancing” by the UIL. These include anabolic steroids, stimulants, masking agents, peptide hormones and other substances. The list of banned substances is available on the UIL website.

The use of Performance Enhancing Drugs (PEDs) is a major concern for high school athletes and their parents. PEDs can have serious side effects, and they can give athletes an unfair advantage over their opponents. PED use is also illegal under Texas law.

The Texas High School Sports PED Policy is designed to deter student-athletes from using PEDs, and to provide a level playing field for all competitors. Under the policy, student-athletes who test positive for banned substances will be suspended from competition for a period of time. The length of the suspension will depend on the type and amount of drug found in the athlete’s system, as well as the athlete’s prior history of drug use.

The Texas High School Sports PED Policy is just one part of the larger UIL Drug Testing Program. The Program also includes random testing of student-athletes throughout the year, as well as testing at State Championship events. The UIL Drug Testing Program is widely recognized as one of the most effective deterrents to PED use in high school sports.

We hope that this information is helpful in keeping your child safe and eligible to compete in UIL athletics. If you have any questions about the Texas High School Sports PED Policy or the UIL Drug Testing Program, please contact your child’s coach or school administrator.

The use of performance-enhancing drugs (PEDs) is strictly prohibited in high school sports. This includes any substance that is intended to improve an athlete’s performance on the playing field, such as anabolic steroids, human growth hormone, and stimulants.

PEDs can pose serious health risks to young athletes, and they can give athletes an unfair advantage over their competitors. The use of PEDs can also tarnish the reputation of high school sports, and it can lead to athletes being banned from participating in their sport.

Any athlete who is caught using PEDs will be subject to disciplinary action by his or her school district, and he or she may also be subject to criminal charges. The punishment for using PEDs in high school sports can range from a simple warning to a lifetime ban from the sport.

In an effort to discourage the use of Performance Enhancing Drugs (PEDs) among high school athletes, the University Interscholastic League (UIL) in Texas has implemented a testing program for all athletes competing in UIL-sanctioned events. The purpose of this policy is to level the playing field by ensuring that all athletes are competing on a level playing field.

All athletes who wish to compete in UIL-sanctioned events must undergo PED testing. Testing will be conducted at random and all athletes will be required to provide a urine sample. Samples will be tested for a variety of banned substances, including but not limited to:
-Anabolic steroids
-Growth hormones
-Blood boosters

Any athlete who tests positive for a banned substance will be ineligible to compete in UIL events for one full year. A second positive test will result in a lifetime ban from UIL competition.

The UIL believes that this policy is necessary to protect the integrity of high school sports. PEDs give users an unfair advantage and can potentially put other athletes at risk of injury. By testing for PEDs, the UIL can ensure that all athletes are competing on a level playing field and that the spirit of fair play is maintained.

The use of performance-enhancing drugs (PEDs) is strictly prohibited in high school sports. Any athlete who is found to have used PEDs will be subject to a suspension from competition. The length of the suspension will depend on the severity of the infraction and whether the athlete has any prior offenses.

In Texas, high school athletes who are caught using PEDs will be suspended for the remainder of the season in which they were caught and will be ineligible for postseason play. They will also be required to sit out for an additional two seasons before they are eligible to return to competition. This policy applies to all high school sports, including football, basketball, baseball, track and field, and more.

athletes who are caught using PEDs put themselves at risk of serious long-term health consequences. In addition, they are cheating their opponents and giving themselves an unfair advantage. The use of PEDs has no place in high school sports.

PED Use in Professional Sports

The use of performance-enhancing drugs (PEDs) in professional sports is a controversial topic. Some athletes use PEDs to gain an edge over their opponents, while others believe that the use of PEDs is unfair and gives athletes an unfair advantage. PEDs have been banned in most professional sports leagues, but there is still a debate over whether or not they should be banned in high school sports.

Performance-enhancing drugs (PEDs) are substances that athletes use to improve their sports performance. PEDs can be legal or illegal, and many of them are banned by professional sports organizations.

Some common PEDs include anabolic steroids, human growth hormone, and blood doping drugs. These substances can increase muscle mass, strength, and endurance, giving athletes an unfair advantage over their competitors.

PED use is widespread in professional sports, and it is believed that many athletes are using them to gain a competitive edge. PED use is difficult to detect, and there is often no proof that an athlete is using them. This makes it difficult to punish athletes who are caught using PEDs.

Professional athletes are subject to drug testing for a variety of banned substances, including performance-enhancing drugs (PEDs). PEDs are any substances that are used to enhance athletic performance, and they are banned by most professional sports organizations.

PED testing is typically conducted by urine or blood tests. Urine tests are the most common type of PED test, and they can detect a wide range of banned substances. Blood tests are less common, but they can be more effective in detecting certain PEDs, such as human growth hormone (HGH).

PED testing is typically done on a random basis, but it can also be done if there is reason to believe that an athlete is using PEDs. For example, if an athlete is significantly improving his or her performance without a clear explanation, he or she may be subjected to PED testing.

If an athlete tests positive for a banned substance, he or she may face sanctions from his or her sport’s governing body. These sanctions can range from a warning to a lifetime ban from competition.

In recent years, there have been a number of high-profile cases involving the use of performance-enhancing drugs (PEDs) in professional sports. Here are some notable examples:

In 2013, MLB slugger Alex Rodriguez was suspended for the entire 2014 season after it was revealed that he had used PEDs while playing for the Texas Rangers.

In 2016, Olympic swimmer Ryan Lochte was suspended for 10 months after it was revealed that he had used a banned substance.

In 2017, NFL quarterback Tom Brady was suspended for four games after it was revealed that he had used PEDs while playing for the New England Patriots.

The state of Texas has a specific policy when it comes to PEDs and high school sports. This policy is in place to ensure that all athletes are on a level playing field, and to protect the health and safety of those involved in high school sports.

The Texas High School Sports PED Policy is in place to ensure that all athletes have a fair chance at success, and to protect the health and safety of those involved in high school sports.