Everyone loves a sports hero. They’re the people we look up to, the ones we admire. But what about politicians? 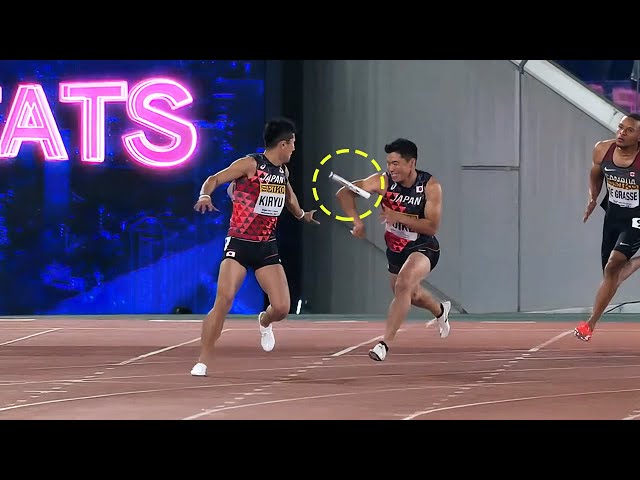 Why are sports heroes often more revered than politicians?

The difference between sports heroes and politicians

Though both politicians and sports heroes are in the public eye and share many similarities, there are some key differences between the two. Politicians are typically in the news for their policies and ideas, while sports heroes make headlines for their athletic accomplishments.

Sports heroes are often seen as role models, especially for young people. They are celebrated for their physical prowess and hailed as an example of what is possible with hard work and dedication. Politicians, on the other hand, are not usually considered role models. This is because their work is primarily done in the political arena, where they may be admired or demonized depending on one’s political views.

Another key difference between politicians and sports heroes is that sports heroes are typically team players, while politicians are often seen as individuals. This is because a politician’s success or failure is often dependent on their ability to get things done alone, while a sports hero’s success is usually achieved as part of a team effort.

The qualities that make a good sports hero

What qualities make a good sports hero? This is a question that can be debated at length, but there are some qualities that are essential.

A good sports hero is someone who is talented and skilled at their sport. They should be someone who works hard and dedication to their craft. They should also be a role model for others, both on and off the field of play.

While some might argue that politics and sport are two different arenas, there are many similarities between the two. Like sports, politics requires teamwork, dedication, hard work, and a certain amount of luck. It also demands that those involved have integrity and be able to stand up for what they believe in.

So, what qualities make a good politician? Many of the same qualities that make a good sports hero. They need to be intelligent and articulate. They must be able to work well under pressure and have the ability to think on their feet. They also need to have a strong moral compass and the courage of their convictions.

In short, a good sports hero or a good politician is someone who is talented, dedicated, hardworking, and has integrity. They are someone who others can look up to as an example of what it takes to succeed in life.

The qualities that make a good politician

How sports heroes can learn from politicians

It’s no secret that politics has become increasingly divided along party lines in recent years. And with the U.S. presidential election right around the corner, the country seems more polarized than ever. But there is one group of people who have managed to remain relatively nonpartisan: sports heroes.

Sure, there are some athletes who have publicly endorsed candidates or taken political stances. But for the most part, sports heroes have managed to stay out of the fray, instead choosing to focus on their craft and leave the politics to others.

There are a few reasons why sports heroes have been able to remain relatively apolitical. First, unlike politicians, athletes are not beholden to special interests or lobbyists. They also don’t need to worry about raising money for re-election campaigns. And perhaps most importantly, sports heroes tend to enjoy much higher approval ratings than politicians do.

How politicians can learn from sports heroes

Nonetheless, there are some similarities between the two groups. Both politicians and sports heroes are in the public eye and must therefore be careful about their image. In addition, both groups must work hard to achieve their goals and must be dedicated to their craft.

The benefits of having sports heroes as role models

The benefits of having politicians as role models

In a world where athletes are often lauded as heroes, it’s important to remember the benefits that politicians can have as role models. Politicians are leaders who have to make tough decisions daily, and they must deal with a variety of people and personalities. While some athletes may shy away from the public eye, politicians are constantly in the spotlight. This gives them a chance to connect with people from all walks of life and inspire them to be better citizens.

Politicians also have to deal with Complex issues that affect the lives of many people. They must be able to think on their feet and make quick decisions that could have long-lasting effects. This type of pressure can be difficult for even the most experienced politician, but it’s important to remember that they are trying to do what’s best for the country. Although they may not always get it right, their intentions are usually good.

Sports heroes are often revered for their physical abilities, but politicians must use their minds to solve problems. This type of intelligence is just as important, if not more so, than being able to run fast or jump high. Politicians need to be able to think critically and come up with solutions that will benefit everyone, not just themselves.

So next time you’re feeling down about the state of the world, remember that there are politicians out there who are working hard to make it a better place. They may not always get it right, but they deserve our respect and admiration just like any other hero.

The drawbacks of having sports heroes as role models

There are both good and bad Role Models in society, it just depends on whom you choose to look up to. Heroes are people we admire and try to emulate in our own lives. They can provide us with inspiration when we’re facing difficult times, and motivation to pursue our goals.

The problem is that not all heroes are created equal. While some may possess qualities that we should aspire to, others may have character flaws that could lead us down the wrong path. This is especially true of sports heroes, who are often idolized by young people.

While there’s nothing wrong with admiring a sports hero, it’s important to be aware of their drawbacks as well. For one thing, they often set an unrealistic standard for what it takes to be successful in their field. Young people who try to emulate their idols often end up disappointed when they don’t achieve the same level of success.

In addition, sports heroes often have questionable character traits that shouldn’t be emulated. Many have been involved in scandals involving drugs, gambling, or other criminal activities. Others have been accused of domestic violence or sexual assault. These examples show that just because someone is successful in their chosen field doesn’t mean they’re a good role model for young people.

So while there’s nothing wrong with being a fan of a sports hero, it’s important to be aware of their flaws as well. Choose your role models wisely, and remember that you don’t have to be like them in order to achieve your goals.

The drawbacks of having politicians as role models

Sports heroes have always been held up as role models for young people. But in recent years, there has been an increased focus on the personal lives of athletes and the shortcomings of sports heroes as role models. The same scrutiny is now being applied to politicians.

The main drawback of having politicians as role models is that they are often more concerned with their own career advancement than with the welfare of their constituents. This can lead to corrupt and unethical behavior. Politicians are also often reluctant to take stands on controversial issues, even when they may privately agree with a particular position. This can make them seem disingenuous and untrustworthy.

It’s important to remember that no one is perfect. And just because someone is in a position of power does not mean that they will always act in the best interests of those they represent. We should all be careful about who we choose to idolize and look up to.