Come learn about the exciting sport of shrimping on the Texas Gulf Coast! We’ll teach you everything you need to know, from the best shrimp spots to the right equipment. 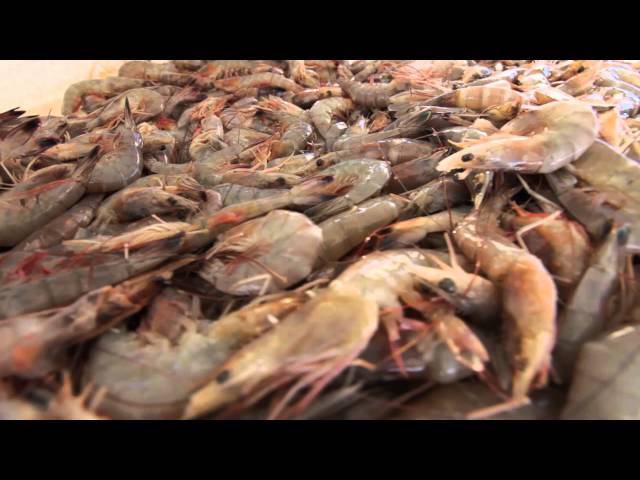 What is Sport Shrimping?

Sport shrimping is a recreational activity that involves the use of small boats to catch shrimp for personal consumption. It is popular along the Texas Gulf Coast, where many people enjoy eating shrimp.

Shrimping is usually done with a cast net, which is a circular net with weights on the perimeter that is thrown by hand into the water. The net Then sinks and drags along the bottom, scooping up shrimp and other small fish in its path.

Once the net is full, it is pulled back into the boat and the shrimp are sorted from the other fish. The shrimp are then placed in a live well or cooler so they can be transported home and eaten fresh.

Sport shrimping can be done year-round, but the most productive time for catching shrimp is during their fall and winter spawning season. This is when shrimp are most active and tend to congregate in large groups near coastal areas.

The Best Places to Shrimp on the Texas Gulf Coast

Galveston Island is one of the most popular places to shrimp on the Texas Gulf Coast. The island is home to many different species of shrimp, making it a great place to find fresh shrimp for your next meal.

There are several ways to shrimp on the island, but the most popular method is to use a cast net. This type of net is designed to be thrown over a school of shrimp, and then pulled in with the shrimp inside.

If you don’t want to use a cast net, you can also use a hand-held dip net. This type of net is designed for scooping up individual shrimp from the water.

Once you have your shrimp, you’ll need to clean them before cooking. The best way to do this is to remove the head and tail, and then devein the shrimp. This process removes the intestine from the shrimp, which can make them taste bitter.

Once your shrimp are cleaned, you can cook them any way you like. Some popular methods include baking, frying, and grilling. No matter how you cook them, fresh Gulf Coast shrimp are sure to be a delicious addition to your next meal!

Matagorda Bay is one of the most popular shrimping destinations on the Texas Gulf Coast. The bay is known for its large and plentiful shrimp, making it a popular spot for both commercial and recreational shrimpers.

The bay is located on the Matagorda Peninsula, just south of Houston. The area around the bay is home to several small towns and communities, including Matagorda, Port Lavaca, and Port O’Connor. There are also several state parks in the area, which makes it a popular destination for camping and fishing.

The bay itself is large and spacious, with plenty of room for both commercial and recreational shrimpers. There are several launch sites around the bay, as well as numerous charter companies that offer shrimp boat rentals.

The best time to shrimp in Matagorda Bay is during the fall months, when the water temperatures are cooler and the shrimp are more active. The peak season typically runs from October to December, but shrimping can be good throughout the year if conditions are favorable.

The Gear You Need for Sport Shrimping

If you’re planning on heading out for some sport shrimping on the Texas Gulf Coast, you’ll need to make sure you have the right gear. In this article, we’ll go over all of the essential gear you’ll need for a successful trip. We’ll also talk about a few optional items that you may want to consider bringing along.

The shrimp net is the most important piece of equipment for sport shrimping. There are many different varieties of shrimp nets available, but the two most popular types are the cast net and the throw net.

Cast nets are usually made from nylon or polyethylene and have a lead weight around the perimeter. The lead weight makes the net sink more quickly, which is helpful when you are trying to catch shrimp that are swimming near the bottom. Throw nets are also made from nylon or polyethylene, but they do not have a lead weight. Instead, they have a buoyancy device that helps them float. This makes throw nets more effective for catching shrimp that are swimming near the surface.

The most popular bait for sport shrimp is live shrimp. Live shrimp can be caught in a cast net or bought by the pint or gallon at most bait camps and fishing piers along the coast. If you are planning to purchase your bait, call ahead to be sure they have what you need and to find out the price.

Other types of bait that can be used for sport shrimp include:
-Fish Heads
-Squid
-Cut Bait
-Crustaceans

Sport shrimping is a great way to enjoy the outdoors and catch your own dinner! It’s a relatively simple process, but there are a few things you’ll need to know before you get started. In this article, we’ll cover everything you need to know about sport shrimping on the Texas Gulf Coast.

Before you can start shrimping, you need to find a legal place to shrimp. Look for public fishing piers or jetties, or fish from a boat in designated shrimping areas. Once you’ve found a spot, check to make sure that there are no posted signs prohibiting shrimping.

To be successful, you need to find an area where there are lots of shrimp. Look for areas with deep water near seagrasses or marshes, as these are prime habitats for shrimp. You should also look for areas with little human activity, as this will help avoid scaring away the shrimp.

Setting Up Your Gear

If you’re new to shrimping, the first thing you need to do is acquire the proper gear. You’ll need a shrimp net, a bait bucket, a cast net and a cooler. You can buy all of this gear at most any sporting goods store or online.

Once you have all your gear, the next step is to choose a good spot to shrimp. Look for areas with deep water and lots of vegetation. These are the areas where shrimp like to congregate.

When you’ve found a good spot, it’s time to set up your gear. Start by baiting your shrimp net with bait fish or cut up pieces of fish. Next, throw your cast net into the water and let it sink to the bottom. Be sure to keep hold of the line so you can pull it back in once it’s full.

Once your net is full,dump the contents into your bait bucket and then empty the bucket into your cooler. Repeat this process until you have as many shrimp as you want.

Shrimping is a popular pastime on the Texas Gulf Coast, and catching your own shrimp can be a fun and rewarding experience. Here are some tips on how to catch shrimp:

– Use a cast net: A cast net is a circular net with weights around the edge that is thrown by hand into the water. When the net is thrown, the weights sink and the net forms a circle, trapping any shrimp within it.

– Use a dip net: A dip net is a long-handled net that is lowered into the water to scoop up shrimp.

– Use a baited trap: You can buy or make your own shrimp trap, which is baited with food to attract shrimp. The shrimp enter the trap through an opening at the bottom, but they cannot escape through the same opening because of the way the trap is constructed.

What to Do with Your Catch

Sport shrimping is a great way to enjoy the outdoors, and you can even take home a delicious meal! All you need is a shrimp net, some bait, and a little patience. In this article, we’ll give you some tips on how to catch shrimp and what to do with your catch.

Once you’ve managed to bring in your haul of fresh shrimp, it’s time to get cooking! If you’re not planning on eating them right away, the first thing you’ll need to do is clean and ice them down. If you are going to eat them right away, you can just clean them. To clean shrimp, simply pull off the head, legs and tail in one motion. You can also use a knife to make a slit along the back of the shrimp and remove the “vein” that runs along its length. Be sure to save the heads and shells — they make great shrimp stock!

The next step is cooking the shrimp. This is where things can get a bit tricky, as shrimp are very easy to overcook. A good rule of thumb is to cook them just until they turn pink — any longer and they will become tough and rubbery. You can boil, grill or fry your shrimp, or even bake them in the oven. Just be sure not to overcook them!

Here are some simple recipes for delicious grilled, boiled or fried shrimp:

Whether you’re planning to eat your shrimp right away or freeze them for later, it’s important to know how to properly store them. Fresh shrimp can be stored in the refrigerator for up to two days, or in the freezer for up to six months.

If you’re freezing your shrimp, it’s best to do so as soon as possible after catching them. First, rinse the shrimp and remove any debris. Then, place them in a single layer on a baking sheet and put them in the freezer. Once they’re frozen, you can transfer them to a freezer bag or container. Be sure to label the bag or container with the date so you can keep track of how long they’ve been frozen.

When you’re ready to cook your shrimp, there are a few different methods you can use. You can thaw them overnight in the refrigerator, or place them in a bowl of cold water for about an hour. If you’re short on time, you can also cook them frozen – just be aware that they may not be as evenly cooked this way.