Learn all about rodeo sport in Texas, from the best places to see it to the history of the sport. 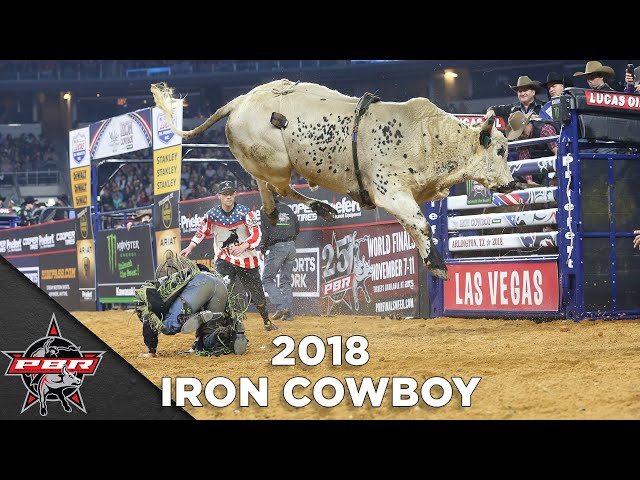 Rodeo is a competitive sport that arose out of the working practices of cattle ranching in North America. It has been described as a sport that combines the worst aspects of football and hockey. The object of the sport is to ride a bucking animal, usually a horse or a bull, for a set time.

The first rodeos were informal competitions held by cowboys and vaqueros (Spanish for “cowboy”) in the American West. These early rodeos featured horse and bull riding, as well as roping contests. The first recorded rodeo took place in 1864, in Prescott, Arizona.

Native Americans have been involved in rodeo since its inception. In the early days of rodeo, many Native Americans competed in mounted buffalo hunting and bull riding. In fact, some of the most famous early rodeos were organized by Native Americans, such as the one put on by chief Sitting Bull in 1884.

Early settlers to the American West also played a role in the development of rodeo. Settlers brought with them a love of horseback riding and a tradition of competitive sports like horse racing. Rodeo soon became a popular way for settlers to showcase their horsemanship skills.

In the late 1830s, vaqueros from Mexico were already well-versed in the methods of handling cattle. As American settlers began moving into Texas, they brought with them a growing demand for beef. However, there were no established markets for beef in Texas at that time. In order to get their cattle to market, ranchers had to drive them hundreds of miles to New Orleans—a dangerous and arduous journey.

In 1866, the year after the Civil War ended, more than 10,000 head of cattle were driven from Brownsville, Texas, to Sedalia, Missouri—a distance of nearly 1,800 miles. The trail bosses who oversaw these drives were often paid high wages, as much as $100 a month. As the demand for beef continued to grow, so did the number of cattle drives. By the early 1880s, there were as many as 12 cattle drives each week leaving Texas alone.

With the arrival of the railroads in the 1880s, however, cattle drives became less common. Ranchers could now ship their cattle to market by train—a much faster and easier method than driving them across long distances. Today, cattle drives are mostly a thing of the past; however, there are still a few ranches that continue to move their herds by truck or horseback to summer pastures or new grounds.

Rodeo is considered a modern sport in today’s society. The rodeo industry in the United States has seen a significant change in the past few decades. The sport has transformed from a traditional cowboy culture event to a more modern sport. There are now rodeo associations and organizations that govern the sport. The sport is also now sanctioned by the Professional Rodeo Cowboys Association (PRCA).

The modern sport of rodeo developed in the late nineteenth century from the ranching and frontier culture of the American West.It combines various riding and roping events. Competitions are held throughout the United States, Canada, Mexico, Australia, New Zealand, and South America. Rodeos typically take place in an outdoor arena, with spectators gathered around the perimeter.

Rodeos began as a way for cowboys to show off their skills to potential employers. In the early days of rodeo, cowboys competed against each other in informal contests held at small local fairs or large ranch gatherings. These competitions became more formalized in the late 1800s, when “collections” were held in which cowboys from different ranches competed against each other for prizes. The first formal rodeo was held in Prescott, Arizona, in 1888.

Rodeo soon became a popular spectator sport, with large crowds gathering to watch the competitions. The first professional rodeo association was formed in 1927, and today there are several professional rodeo organizations that sanction competitions across North America. The most prestigious event in rodeo is the National Finals Rodeo (NFR), held annually in Las Vegas, Nevada. The NFR is often referred to as the “Super Bowl of Rodeo” because it is the culmination of a year-long series of competitions in which cowboys earn points toward qualifying for the finals.

The Professional Rodeo Cowboys Association (PRCA) is the largest professional rodeo-sanctioning body in the world. Headquartered in Colorado Springs, the PRCA sanctions approximately 600 rodeos annually, and more than 10,000 contestants compete at PRCA-sanctioned events. The PRCA was founded in 1936 when a group of 34 cowboys banded together to form a protection association. They wanted to ensure rodeos were conducted under uniform rules and regulations, that contestants were treated fairly and paid promptly, and that only trustworthy stock contractors were used.

The Future of Rodeo

In Texas, the sport of rodeo has a long and rich history. It is a popular sport with both young and old. There are many rodeos held throughout the state, and the sport has a bright future.

Rodeo and the younger generation

It’s no secret that rodeo is a dying sport. A lot of the old-timers are getting out, and not many young people are taking their place. Rodeo is a tough, dangerous sport, and it’s not easy to make a living at it. So what does the future of rodeo look like?

There are some people who are trying to keep the sport alive. They’re working to get more young people involved in rodeo, and they’re also working to make the sport safer. Some of the changes they’ve made include adding helmets and protective vests for riders, and increasing the safety standards for animals.

But even with these changes, it’s still a tough sell to get young people interested in rodeo. Most of them would rather do something else where they don’t have to risk their necks every time they compete. So unless something changes, it seems likely that rodeo will continue to decline in popularity.

Rodeo is a sport that has been around for centuries. It originated in the United States, but it has since spread to other countries around the world. Rodeo is most commonly associated with the American West, but it is also popular in Canada, Australia, and Mexico.

There are many different events that take place during a rodeo. The most common event is bull riding, but there are also events such as barrel racing, bronc riding, steer wrestling, and more. Rodeos typically last two to three days, and they often take place during the summer months.

The sport of rodeo has come under scrutiny in recent years due to the potential for injuries. A study published in 2016 found that rodeo athletes have a higher risk of injury than athletes in other sports such as football and hockey. The study found that the most common injuries sustained by rodeo athletes are concussions, broken bones, and muscle strains.

Despite the potential risks, many athletes continue to participate in rodeo because they love the sport. They see it as a way to connect with their heritage and their way of life. For these athletes, rodeo is more than just a sport; it’s a way of life.

There are many factors that will contributed to the future of rodeo. The popularity of the sport, the safety of the athletes, and the support of the fans will all play a role in determining whether or not rodeo will continue to be a popular option in the years to come.