Wondering which professional sport teams call Texas home? Here’s a list of all the teams, along with their respective leagues. 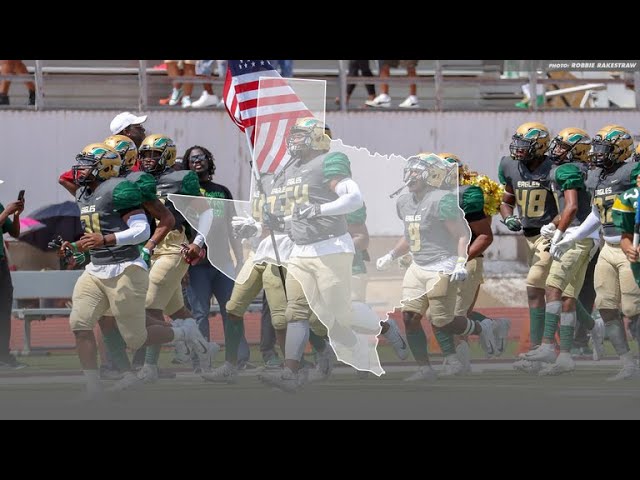 The Houston Astros are an American professional baseball team based in Houston, Texas. The Astros compete in Major League Baseball (MLB) as a member club of the American League (AL) West division, having moved to the division in 2013 after spending their first 51 seasons in the National League (NL). The Astros have played their home games at Minute Maid Park since 2000.

The team was established as the Houston Colt .45s and entered the National League as an expansion team in 1962 along with the New York Mets. The current name—reflecting Houston’s role as the host of the Johnson Space Center—was adopted three years later when they moved to the Astrodome, the first domed sports stadium. The Astros played in that stadium from 1965 until 1999. Since 2000, their home ballpark has been Minute Maid Park, nicknamed “The Juice Box”.

An AL team located in Houston has been proposed several times. George Kirksey and Craig Cullinan obtained a Major League franchise for Houston which would begin play in 1962. In 1961, they acquired the minor league Houston Buffs who were a Double-A affiliate of the Chicago Cubs from 1961 through 1962 and an affiliate of the Los Angeles/California Angels from 1963 to 1964.

The Texas Rangers are an American professional baseball team based in Arlington, Texas, located in the Dallas–Fort Worth metroplex. The Rangers franchise is currently a member of the West division of the American League in Major League Baseball (MLB), since 1998. In 2015, according to Forbes, the franchise was valued at $1.45 billion.

The Rangers began play as an expansion team in 1961 as the Washington Senators (the second Washington Senators franchise, after the original Senators moved to Minneapolis–Saint Paul following the 1960 season), and were renamed as the Texas Rangers for the 1972 season. In 2010, the Rangers advanced past the Division Series for only the second time in team history (and first time since 1999). The Werth play seemed to typify not just one-run defeats but a general border-line competence that had characterized much of their recent history.

The Houston Rockets are an American professional basketball team based in Houston, Texas. The Rockets compete in the National Basketball Association (NBA) as a member of the league’s Western Conference South Division. The team plays its home games at the Toyota Center, located in downtown Houston. Throughout its history, Houston has won two NBA championships and four Western Conference titles. It was established in 1967 as the San Diego Rockets, an expansion team originally based in San Diego. In 1971, the Rockets moved to Houston.

The San Antonio Spurs are an American professional basketball team based in San Antonio, Texas. The Spurs compete in the National Basketball Association (NBA), as a member of the league’s Western Conference Southwest Division. The team plays its home games at the AT&T Center in San Antonio.

The Spurs are one of four former American Basketball Association (ABA) teams to remain intact in the NBA after the 1976 ABA–NBA merger and are the only former ABA team to have won an NBA championship. The franchise has won five NBA championships, making them the fifth most successful team in NBA history and third most successful franchise in the major professional North American sports leagues. With their 50th win in the 2016–17 season, the Spurs extended their record for having recorded the most winning seasons in NBA history. As of 2018, the Spurs have won 22 division titles. They have made 32 appearances in the NBA Conference Finals and have advanced to 23 Conference Finals, both second most in NBA history behind only Los Angeles Lakers (31 conference finals appearances; 32 conference finals series). Spurs players have been selected to 27 All-Star Games held since 1951—third most among any team behind only Lakers (60 games) and Boston Celtics (33)—and have made nine appearances in [the] Finals.—as well as winning two All-Star MVPs: Bob Pettit was honored during their second season, after averaging 24 points and 11 rebounds per game for that campaign, while Larry O’Brien was recognized for his contributions during their fourth year in 1976–77 when he helped lead them to victory over Julius Erving’s Philadelphia 76ers with his 23 points per game on 58% shooting from the field.—and four Bill RussellNBA Finals MVP Awards: George Gervin during their third championship season of 1978–1979 , finals MVP was shared by Dante Cunningham and Derrick White . Tim Duncan also earned 1999 Rookie of the Year honors.

The Dallas Cowboys are a professional American football team in the National Football League (NFL) who play in the Eastern Division of the NFL’s National Football Conference (NFC). They are headquartered in Irving, a city located in Dallas County, Texas, about 10 miles (16 km) west of downtown Dallas. The team plays its home games at Cowboys Stadium in Arlington, Texas, which opened for the 2009 season.

The franchise ranks as the league’s most valuable sports franchise, worth an estimated $4 billion according to Forbes magazine in 2019, and is also one of the richest professional sports teams in the world. The Cowboys generated $620 million in revenue during the 2017 season—the highest figure in NFL history for a single team—and $455 million in profit. They are also Jerry Jones’ biggest money-makers and have contributed significantly to his net worth (estimated at $8 billion as of 2019).

The Houston Texans are a professional football team based in Houston, Texas. The Texans compete in the National Football League (NFL) as a member club of the American Football Conference (AFC) South division. The team plays its home games at NRG Stadium in Houston’s Reliant Astrodome complex area. The Texans first played in 2002 as an expansion team after Houston’s previous franchise, the Houston Oilers, moved to Nashville, Tennessee (now the Tennessee Titans). They are one of the youngest franchises in the NFL, having been founded just eighteen years ago in 2002.

The Texans have gone on to be very successful, making the playoffs nine times and winning their division five times. They have also won two AFC South titles and have made it to the AFC Championship game once, in the 2012 season. The Texans are currently owned by Bob McNair and coached by Bill O’Brien.

In conclusion, Texas is a state with many professional sport teams. These teams represent different sports such as baseball, basketball, football, and hockey. There is a lot of pride within the state for these teams. Some of the most popular teams include the Dallas Cowboys, Houston Astros, San Antonio Spurs, and Texas Rangers.