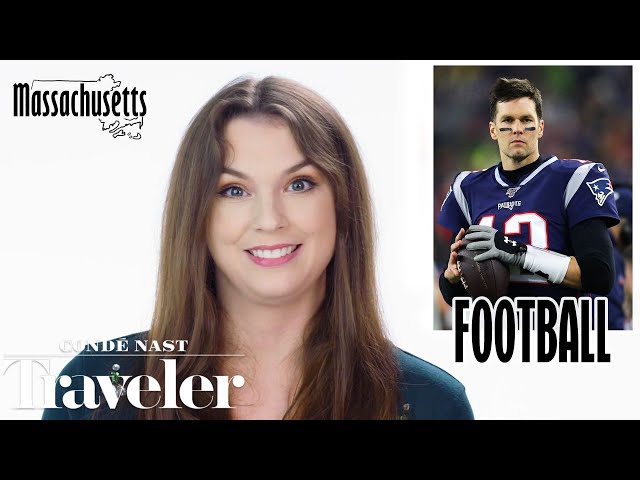 High school football is by far the most popular sport in Texas. More than 1.4 million students in grades 9-12 have played football in Texas high schools over the past decade. That’s about 40 percent of all high school students in the state. Participation numbers have been growing steadily over the past few years, and show no signs of slowing down.

Football is so popular in Texas that some schools have waiting lists for students who want to play. And it’s not just the big schools that are affected. Small schools, too, are seeing an increase in interest and participation.

The reason for football’s popularity is simple: it’s a great game that people enjoy watching and playing. But there’s more to it than that. Football provides opportunities for students to develop teamwork skills, learn discipline, and be part of something larger than themselves. It also instills a sense of pride in communities and encourages school spirit.

For many Texans, high school football is a way of life. Fridays during the fall are reserved for games, and tailgating parties start early in the morning before the game. Fans wear their team’s colors with pride, and rivalries between schools can be intense. But at the end of the day, everyone comes together to support their team – win or lose.

In the state of Texas, college football is a big deal. With so many colleges and Universities, there are plenty of teams to support. The “Red River Rivalry” game between the University of Texas at Austin and the University of Oklahoma is one of the most popular games in the state, and many schools have intense rivalries with their nearby neighbors.

Texas is home to two of the most successful college football programs in history – the University of Texas Longhorns and the Texas A&M Aggies. Both teams have won multiple national championships, and their games are always highly anticipated events. College football in Texas is a hugely popular sport, and fans are always eager to support their favorite team.

Texas is a big state with a diverse population, and that diversity is reflected in the popularity of different sports. Football is the most popular sport in the state, followed by basketball, but there are a number of other sports that have a significant number of fans. Baseball is one of those sports, and it is especially popular in the spring and summer.

The popularity of high school baseball in Texas can be attributed to several factors. First, baseball is a relatively simple game to understand and follow, which makes it easy for fans to root for their favorite team. Second, the competition level in high school baseball is extremely high, as many of the best players in the state compete against each other on a regular basis. Finally, high school baseball provides an opportunity for young athletes to develop their skills and compete at a high level without having to pursue a professional career.

If you’re interested in watching or playing high school baseball in Texas, there are several ways to get involved. Many schools offer summer camps and clinics for young players, and there are also numerous youth leagues throughout the state. Additionally, almost every town or city in Texas has at least one high school with a baseball team, so it’s easy to find a game to watch or attend.

In Texas, high school baseball is a religion. Friday Night Lights revolves around a high school football team, but it could just as easily be about baseball. The state has produced some of the game’s greatest players, from Rogers Hornsby to Nolan Ryan.

The University of Texas has one of the most successful college baseball programs in the country. The Longhorns have won five College World Series titles and made 31 appearances in the tournament.Texas A&M is also a powerhouse, with two national titles and 17 College World Series appearances. Other Texas schools with successful programs include Baylor, TCU, Rice and Texas Tech.

The most popular sport in Texas is basketball. It is followed by football, baseball, and soccer.

High school basketball is one of the most popular sports in Texas. Every year, thousands of students compete in the sport at the high school level.

Basketball is a team sport that is played with two teams of five players each. The objective of the game is to score points by shooting a ball through a basket. The team with the most points at the end of the game wins.

High school basketball in Texas is governed by the Texas High School Athletic Association (THSAA). The THSAA oversees all high school sports in Texas and sets the rules for how each sport is played.

The popularity of high school basketball in Texas has led to the creation of some very successful programs at the collegiate level. The University of Texas men’s basketball team has won numerous national championships, and the women’s team has also been very successful over the years.

College basketball is one of the most popular sports in Texas, with many of the state’s universities fielding competitive teams. The University of Texas at Austin is home to the Longhorns, one of the most successful programs in the country. Other popular teams include the Baylor Bears, the Texas A&M Aggies, and the Houston Cougars.

High school soccer is one of the most popular sports in Texas. Over 300,000 students participate in high school soccer programs across the state. The sport is governed by the Texas High School Soccer Coaches Association (THSSCA).

The THSSCA was founded in 1978 and is responsible for sanctioning high school soccer programs and events, promoting the sport of soccer, and providing educational resources for coaches and players. The Association also honors outstanding players, coaches, and programs through its yearly awards program.

High school soccer is played during the fall season and culminates with the UIL State Soccer Championships. The Championships are held at a neutral site and feature teams from across the state competing for the title of State Champion.

Although some college soccer programs have been in existence for over 50 years, the sport has only recently begun to gain widespread popularity in the United States. In Texas, college soccer is rapidly gaining in popularity, with a number of programs beginning to emerge as powerhouses in the sport.

The University of Texas at Austin is one of the most successful programs in the state, with a strong tradition of success dating back over 20 years. The Longhorns have won a total of six NCAA Division I Championships, including four in a row from 2003 to 2006. They have also produced a number of professional players, including MLS All-Stars Brian Ching and Eddie Gaven.

The University of North Texas is another up-and-coming program that has begun to make noise on the national scene. The Mean Green have won two Conference USA Championships in the last four years and have made three straight appearances in the NCAA Division I Tournament. They have also produced a number of professional players, including MLS All-Star Brek Shea.

Other programs to watch out for in Texas include the University of Houston, SMU, and UTSA. With strong traditions and talented rosters, these schools are sure to make an impact on the college soccer landscape in years to come.

In Texas, high school students can compete in a variety of sports sanctioned by the University Interscholastic League (UIL). The UIL offers competition in academics, music and performing arts, and athletics. Student athletes can compete individually or as part of a team. The most popular sports in Texas are football, basketball, track and field, baseball, softball, soccer, and volleyball.

Other popular college sports in Texas include track and field, wrestling, swimming, and golf. The state is also home to several successful professional sports teams, including the Dallas Cowboys (NFL), the Houston Astros (MLB), the San Antonio Spurs (NBA), and the Dallas Stars (NHL).