In Texas, football is king. It’s the most popular sport in the state, and for good reason. Football is a tough, physical sport that requires discipline, teamwork, and dedication. It’s also a lot of fun to watch and play.

Whether you’re a die-hard fan or just getting started, there’s a lot to love about football. Here are four reasons why football is the most important sport in Texas. 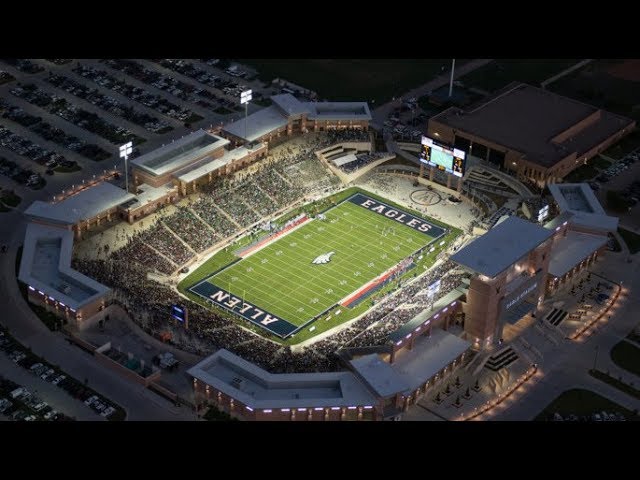 It’s no secret that football is king in the state of Texas. From Friday night lights to die-hard fans in the stands on Saturday, football reigns supreme. But why? What is it about this sport that commands such a fierce loyalty from so many people in Texas?

There are a few factors that contribute to football’s popularity in Texas. First, high school football is a big deal. The Friday night games are often the only events happening in small towns, so everyone comes out to support their team. This sense of community is important to Texans and helps to foster a love for the sport from a young age.

In addition, college football is also extremely popular in Texas. The state is home to some of the best college teams in the country, including the University of Texas Longhorns and the Texas A&M Aggies. These teams have passionate fan bases that support them through thick and thin.

Finally, professional football is also huge in Texas. The Dallas Cowboys are one of the most popular teams in the NFL and have a massive following both inside and outside of the state. No matter where you go in Texas, you’re sure to find someone who bleeds Cowboys’ blue.

So what is it about football that makes it so important to Texans? It could be the sense of community that it fosters, the passion of the fans, or the pride that Texans have in their teams. Whatever the reason, there’s no denying that football is king in Texas.

Football has been a part of Texas culture since the late 1800s. It is the most popular sport in the state, and it has a long and rich history. Football in Texas is more than just a game – it is a way of life.

The game of football has been played in Texas since the 1800s, but it wasn’t until the early 1900s that the sport began to gain popularity. In 1923, the first professional football team in Texas was formed, and by the mid-1920s, there were several professional and semi-professional teams in the state.

In 1936, the first Cotton Bowl game was played in Dallas. This annual event pits two of the best college football teams against each other and has become one of the most popular bowl games in the country.

In 1952, the Dallas Cowboys franchise was founded as a professional football team. The Cowboys have been one of the most successful NFL teams over the past few decades, winning five Super Bowl championships.

The Birth of the Texas Longhorns

In 1881, the University of Texas at Austin (UT) began playing football. The first game was against a team fromBaylor University, and UT won by a score of 32-25. The game was so popular that it spawned a new tradition: the annual Thanksgiving Day game between UT and Baylor, which is still played today.

Over the years, UT’s football team has become one of the most successful in the country. They have won five national championships and produced many famous players, including NFL Hall of Famers Earl Campbell and Ricky Williams.

Football is such an important part of Texas culture that some high schools have stadiums that seat more people than some college stadiums. Friday night football games are a big deal in towns all across the state, and they are often the only time that the community comes together.

For many Texans, football is a way of life. It is a passion that is passed down from generation to generation. It instills pride in communities and brings people together like nothing else can.

High school football in Texas is almost as old as the sport itself. The first recorded game took place in 1892 between two Houston-area schools, while the first state championship was held in 1920.

There are several factors that have contributed to the popularity of high school football in Texas. Firstly, the state has a long tradition of competitive football. Secondly, there is a great deal of support from both parents and communities. Finally, high school football provides opportunities for young athletes to compete at a high level and gain valuable experience.

The Importance of Football in Texas Today

The Economic Impact of Football

The economic impact of football in Texas is significant. In 2011, the Lone Star State was home to five NFL teams and three college teams. The Super Bowl alone generated an estimated $500 million for the state’s economy. Football is also responsible for supporting over 17,000 jobs in Texas.

The impact of football goes beyond the state’s economy. For many communities, football is a way of life. High school football games are often the only Friday night event in small towns. They provide a sense of community pride and give residents a sense of identity. Moreover, football helps to instill important values such as teamwork, discipline, and perseverance in young people.

In recent years, some have questioned the importance of football in Texas. They point to the high rate of concussions among players as evidence that the sport is too dangerous. Others argue that footballdominates the public discourse to the detriment of other important issues. Nevertheless, it remains clear that football plays a vital role in the life of Texas today.

The Role of Football in Education

In many parts of the country, football is seen as a sport. In Texas, football is a way of life. From high school to college to the NFL, Texans love their football.

The role of football in education is undeniable. High school football players are often given scholarships to play at the collegiate level. This provides opportunities for young men and women who may not otherwise be able to attend college.

Football also plays a role in Texas culture. Friday night lights are a tradition in many small towns across the state. Families and friends come together to watch their local team play. For many Texans, football is a way to connect with their community.

The importance of football in Texas today cannot be understated. It is a way of life for many residents and plays a significant role in the state’s culture and economy.

The Unifying Power of Football

In a state as large and diverse as Texas, it can be difficult to find a common bond. But one thing that seems to unite all Texans is a love of football.

Football has been called the “universal language” because it is a sport that can be enjoyed by people of all ages, cultures, and backgrounds. And in Texas, football is revered like no other sport.

Whether it’s high school, college, or professional football, Texans are passionate about their team and their game. And on game day, all other concerns are set aside as everyone comes together to cheer on their team.

For many Texans, football is more than just a game. It’s a way of life. It’s a way to connect with friends and family, and it’s an important part of their identity. Football brings people together in a way that nothing else can.

So if you’re ever looking for a way to connect with a Texan, just strike up a conversation about football. You’re sure to find common ground—and maybe even make some new friends along the way.

In conclusion, football is the most important sport in Texas for many reasons. It is a source of pride for Texans, it brings people together, and it teaches valuable life lessons. Football is also a big part of Texas culture, and it is one of the few things that can unite Texans from all walks of life. Whether you are a die-hard fan or just a casual observer, there is no denying that football is an important part of Texas.