Some people in Texas think that hog sport hunting is a great way to help with the overpopulation of hogs in the state. 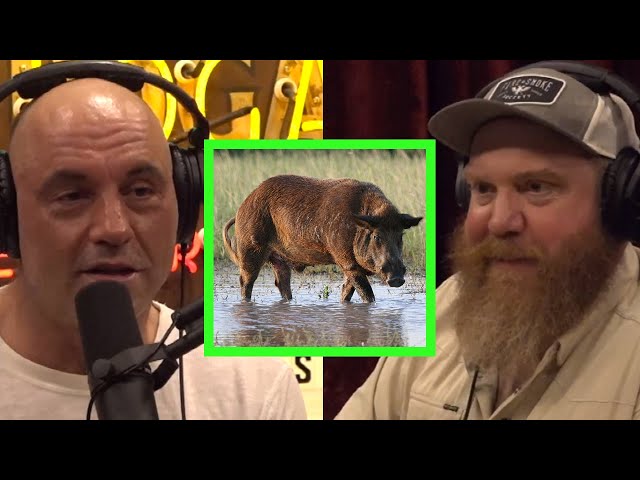 The wild hog is an invasive species in the United States. These feral pigs cause great economic losses to farmers and pose a serious threat to the environment and human health. In an effort to control the population of wild hogs, many states have enacted hunting regulations. This includes hog sport hunting, where hunters are paid a bounty for each feral pig they kill.

Texas is one of the states that has embraced hog sport hunting as a way to control the feral pig population. The state has seen some success with this method, but it is controversial and has its critics. This article will take a look at the pros and cons of hog sport hunting in Texas and try to determine if it is truly effective at controlling the feral pig population.

What is hog sport hunting?

Feral hogs are a non-native species that cause significant damage to crops and property, and they are also known to carry diseases that can be harmful to humans and other animals. The feral hog population in Texas has been estimated to be as high as 2.6 million, and they are found in all 254 counties of the state.

Reducing the feral hog population through hog sport hunting has the potential to provide many benefits, including reducing crop damage, preventing the spread of diseases, and reducing property damage. Additionally, it can provide a new source of income for farmers and ranchers who participate in hog sport hunting activities.

The history of hog sport hunting in Texas

Hog sport hunting is a popular activity in Texas that many people participate in to help control the hog population. The practice has been around for centuries, but it has become more popular in recent years as the hog population in Texas has grown.

Hog hunting is a controversial activity, but there is no doubt that it is an effective way to control the hog population in Texas.

The benefits of hog sport hunting

Hog sport hunting has become a popular pastime in Texas in recent years, as the state has become overrun with wild hogs. These invasive species cause extensive damage to crops and property, and pose a risk to human health and safety.

While some people view hog hunting as a cruel blood sport, it can actually be beneficial for hog populations. When done properly, hog hunting can help control the population of these animals and prevent them from causing further damage.

There are a number of different methods that can be used for hog hunting, but the most effective method is to trap the hogs and then shoot them. This ensures that the animals are humanely killed and that their meat can be used for food.

Hog hunting can be a fun and rewarding experience, but it is important to do it in a way that is safe and humane. By following these guidelines, you can help ensure that your hog hunting adventure is successful and beneficial for both you and the environment.

The drawbacks of hog sport hunting

Hog sport hunting has become increasingly popular in recent years, as states like Texas have experienced a boom in their feral hog populations. While there are some benefits to hog hunting, such as population control and meat production, there are also some drawbacks that should be considered.

One of the main problems with hog sport hunting is that it often does not target the older, larger hogs that do the most damage to crops and property. Instead, hunters typically go after the smaller, younger hogs, which can actually result in an increase in the overall population size. This is because the smaller hogs reproduce at a much faster rate than the larger ones.

In addition, hog sport hunting often results in a high number of wounded animals. These wounded hogs can often suffer for days before finally succumbing to their injuries, resulting in a significant amount of suffering. Moreover, wounded animals that do not die immediately may end up becoming easy prey for other predators in the area, further exacerbating the problem.

Overall, while hog sport hunting may have some benefits, it is important to consider all of the potential drawbacks before participating in this activity.

The future of hog sport hunting in Texas

In recent years, the practice of hog sport hunting – hunting wild hogs for sport – has become increasingly popular in Texas. While the state does not keep official records on the number of hogs hunted each year, some estimates put the number at over 1 million.

It is clear that hog sport hunting is here to stay in Texas, and that it is likely to continue to grow in popularity. Whether or not this growth will lead to a decrease in the overall hog population remains to be seen.