Social media has drastically changed the landscape of sports. How does this affect the athletes, the fans, and the games themselves? 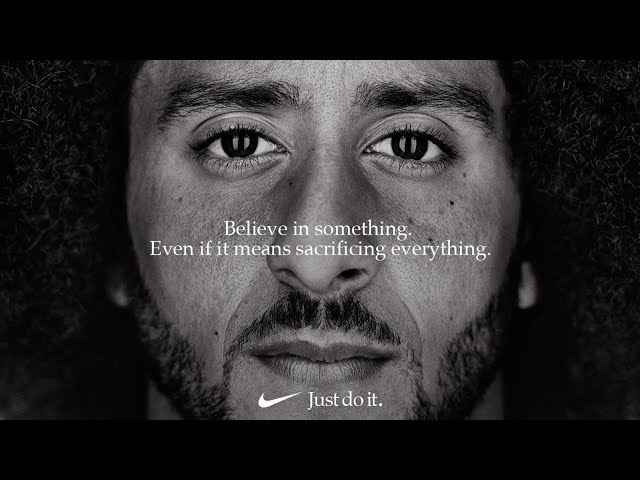 Since the early 2000s, social media has become an increasingly important part of our everyday lives. We use it to stay in touch with friends and family, to keep up with current events, and to share our thoughts and feelings about the world around us. In recent years, social media has also had a major impact on the world of sports.

Players and coaches use social media to connect with fans, share their thoughts on the game, and promote their teams. Fans use social media to follow their favorite players and teams, to connect with other fans, and to share their experiences. Social media has also changed the way that we consume sports. We can now watch highlights and live games on our phones, get instant news updates, and join in on conversations about the games we’re watching.

The impact of social media on sports is both positive and negative. On the one hand, it has given players and fans a new way to connect with each other. On the other hand, it has created a more intense level of scrutiny for athletes and coaches, and it has made it easier for scandals to break. In this paper, we will explore both the positive and negative ways that social media has affected sports.

Social media has had a profound impact on the world of sports. Athletes and fans now have a direct way to connect with each other, and the 24-hour news cycle means that the latest developments in any given sport are just a click away.

This constant connection can be a good thing or a bad thing, depending on how it’s used. On the one hand, social media can be a great way for athletes to connect with their fans and build their brand. On the other hand, it can also be a distraction from the actual business of playing sports, and it can give rise to negative behaviors like trash-talking and cyber-bullying.

The impact of social media on sports is still unfolding, but one thing is certain: it’s here to stay.

The Relationship Between Social Media and Sports

But how exactly has social media affected sports? Let’s take a look at some of the ways that social media has shape the world of sports.

Access to information: One of the biggest ways that social media has changed sports is by giving fans access to more information than ever before. In the past, if you wanted to know what was going on with your favorite team, you had to wait for news reports or read about it in the newspaper. But now, thanks to social media, you can get real-time updates on your favorite team’s performance as well as insider information and analysis from experts.

Better coverage: Social media has also led to better coverage of sporting events. In the past, if you wanted to watch a game, you had to be there in person or hope that it was being televised. But now, thanks to things like live streaming and Periscope, you can watch games from anywhere in the world. And if you can’t watch the game live, you can always catch up on highlights later.

Increased interaction: Social media has also increased interaction between fans and athletes. In the past, fans would have to wait until an athlete was doing an interview or appearing at an event to ask them a question or share their opinion. But now, thanks to Twitter and other platforms, fans can reach out to athletes directly and have a conversation with them in real time. This has also led to athletes being more accessible than ever before and giving fans a behind-the-scenes look at their lives.

The Impact of Social Media on Sports

The Impact of Social Media on Sports

Social media has had a profound effect on the world of sports. In the past, athletes were largely insulated from the outside world. They lived in a bubble, protected by their team and agent. The only information about them came from the mainstream media, which was often biased or inaccurate.

Now, athletes are more accessible than ever before. They can interact directly with their fans through social media platforms like Twitter and Instagram. This has given rise to a new breed of athlete, one who is more marketable and relatable.

However, social media has also created some problems for athletes. Because they are so accessible, they are open to criticism from anyone with an internet connection. This can be especially harmful for young athletes who are still trying to find their footing in the professional world.

Overall, social media has had a positive effect on sports. It has made athletes more marketable and relatable, while also giving fans unprecedented access to their favorite players. However, it has also created some challenges that athletes must learn to navigate in order to protect their careers and reputation.

The Pros and Cons of Social Media in Sports

Social media has become a staple in the world of sports. Athletes and teams use social media platforms such as Twitter, Instagram and Facebook to connect with fans, build their brand and create an engaging online presence.

There are both positives and negatives associated with social media in sports. On the plus side, social media can be used to connect athletes with fans around the world, build team spirit and promote healthy competition. It can also be used to raise awareness for important issues such as equality and inclusion in sports.

On the downside, social media can be a distraction for athletes and lead to bad decision-making. It can also be used to spread negative messages about opponents and create an unhealthy environment of online trolls and bullies.

Overall, social media is a powerful tool that can be used for good or bad in the world of sports. It’s important to use it wisely and thoughtfully in order to maximize its potential.

How Social Media Can Help Sports

Sports and social media have always had a close relationship. Social media platforms provide a space for fans to connect with each other and share their thoughts on their teams and players. And for athletes, social media can be a valuable tool for building their brand and connecting with fans.

But as social media has become more ubiquitous, it has also begun to change the way that sports are played and consumed. In some ways, social media has made sports more accessible and enjoyable for fans. But in other ways, it has created new challenges for athletes and organizations.

Here are some of the ways that social media is affecting sports:

2. Social media is making it easier for fans to connect with each other.

Fans can use social media platforms to connect with other fans who have similar interests. This has made it easier for fans to find others to talk to about their favorite teams and players. It has also made it easier for Fans can connect with each other from all over the world to discuss sports. 3. Social media is changing the way that sports are consumed.
Athletes are using social media platforms like Snapchat and Instagram to give fans a behind-the-scenes look at their lives. This has changed the way that many people consume sports content, as they’re now getting an intimate look at the lives of their favorite athletes. 4: Social Media puts pressure on athletes.. Fans now expect athletes to be accessible 24/7, which can be difficult for them to maintain.. 5: Social Media Can Help Athletes Connect With Their Fans.. Social media can be a valuable tool for athletes who want to connect with their fans.. 6: Social Media Has Caused Some Issues in Sports.. Socialmedia has also caused some problems in sports, such as when players make controversial statements on social media or when fan brawlsturn into online arguments between rival groups of fans..

How Social Media Can Hurt Sports

In recent years, social media has had a profound impact on the world of sports. From high-profile athletes using Twitter to engage with fans, to team owners and managers using Facebook and Instagram to connect with supporters, the role of social media in sports is evident. However, social media can also have a negative impact on sports.

For example, social media can be used to spread rumors and false information about players, teams, and coaches. This can lead to negative public opinion and put pressure on team management. Additionally, social media can be addictive and lead to athletes becoming distracted from their training and performance. In extreme cases, this addiction can even lead to depression and anxiety.

While social media can have a negative effect on sports, it is important to remember that it can also be used as a positive tool. For example, social media can be used to build team morale, connect fans with their favorite players and teams, and promote healthy competition. Ultimately, it is up to each individual athlete and team how they use social media; it can be either a positive or negative force in the world of sports.

The Future of Social Media in Sports

Social media has changed the way fans follow their favorite teams and players. In the past, fans had to wait for the evening news or read the sports page in the newspaper to get scores and highlights. Now, they can get real-time updates on their Twitter or Facebook feeds. Fans can also interact with each other and share their thoughts on the games they are watching.

Social media has also had a major impact on how athletes train and prepare for competition. In the past, athletes who wanted to improve their performances would have to consult with coaches or buy expensive training equipment. Now, thanks to social media, they can get advice from professional athletes or trainers, and find out about new training methods and techniques.

There is no doubt that social media has changed the world of sports. From the way fans connect with their favorite athletes to the way teams and leagues promote their brands, social media has had a profound impact. And, as we continue to see new platforms and technologies emerge, it’s safe to say that the sports world will continue to be changed by social media.