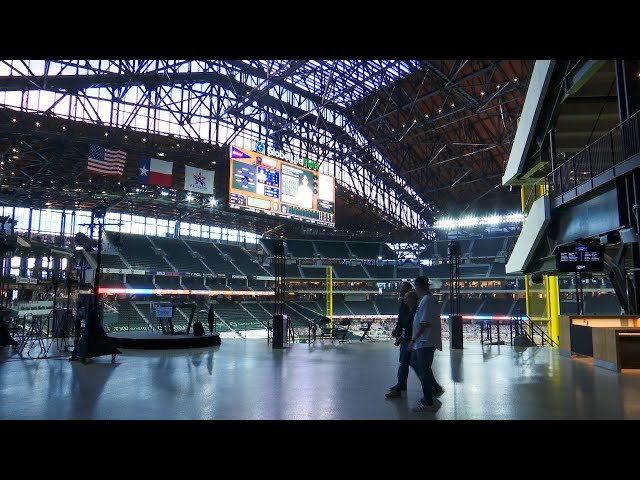 I’m Jeff, and I used to be a sport news caster at Texas Rangers games. I loved my job, but I left it a few years ago to pursue other opportunities. These days, I still stay involved in the sports world by writing for various blogs and websites.

Janice Dean was born in Toronto, Canada, on August 9, 1970. She grew up in the city’s suburbs and was diagnosed with multiple sclerosis (MS) at the age of 18. Despite her diagnosis, Dean went on to attend York University, where she studied broadcast journalism.

After graduation, Dean began her career as a traffic reporter for CFTO-TV in Toronto. She then moved to New York City, where she worked as a news anchor and weathercaster for WNYW-TV. In 2004, Dean joined FOX News Channel as a meteorologist.

Jim Knox was born in Fort Worth, Texas and was a former sport news caster at Texas Rangers games. He was also the public address announcer for the Dallas Cowboys from 1964 to 1965, and again from 1967 to 1985. He served as the voice of the Cotton Bowl Classic from 1966 to 1985. In addition, he called three Super Bowls and five NFC Championship Games for CBS Radio.

Derek Dennis was born on October 13, 1983 in Austin, Texas. He graduated from the University of Texas in 2006 with a degree in broadcast journalism. Dennis began his career in sports broadcasting while still in college, working as a sports reporter and anchor for the student-run television station Longhorn Network.

After graduation, he worked as a sports reporter and anchor for KXAN-TV in Austin and then as a sports director for KTAB-TV in Abilene, Texas. In 2010, Dennis was hired by the Texas Rangers baseball team to be their in-game television broadcaster. He held that position for three seasons before leaving the Rangers organization in 2013.

Dennis has since worked as a freelance sports broadcaster, calling games for various college and minor league teams. He currently lives in San Antonio with his wife and two young children.

After a decade of working as a sport news caster at Texas Rangers games, I have decided to retire from the profession. It has been a great experience and I have enjoyed every minute of it, but it is time for me to move on to other things.

I would like to thank everyone who has made this possible, from the Rangers organization to the fans who have tune in every game. It has been an honor to be part of such a great team and I will always cherish the memories I have made along the way.